Back in 2006 I worked for the National Park Service and got transferred from Gulf Islands National Seashore to Great Smoky Mountains National Park. We left a year round warm climate for a climate that has all four seasons. I’m not fond of winter, but could deal with it because the area was beautiful, I got a pay raise for the move, and loved my job.

Moving to east Tennessee was like coming home for me. Having grown up in west Tennessee I remember many vacations to the Great Smoky Mountains as a kid. Although the area had grown immensly since my last visit, we were ready to explore and call east Tennessee home.

We initially had trouble finding a long term place to rent. Most of the places in Gatlinburg and Pigeon Forge are overnight cabin rentals. We finally found a home in a new neighborhood that was in our budget. We signed a 1 year lease and moved in. Issues with the owner happened almost immediately. Knocking on the door and trying to come in before we could get to the door, constant calling to see if the builder had completed the minor items on his punch list, etc. Looking at Tennessee law, we could get out of the lease if need be, so we started house hunting. We didn’t really have intentions of buying a house, but were sort of left with no other choice. We ended up buying a brand new house 2 doors down from where we were renting. We had already met the neighbors and felt comfortable in this neighborhood so we wanted to stay.

In June of 2006 we closed on our house and moved in, got out of the lease from the rental, and started our lives in Pigeon Forge, TN.

Our neighbors up the street were retired out of Cincinnati and had chosen Pigeon Forge to live because of the location. They had family in Ohio, North Carolina, and they wintered in Florida. Wintered in Florida? I was curious so inquired more. Turns out they had owned several RVs in the past, travel trailers, fifth wheels, and motorhomes. They had a fifth wheel stored in Florida and would go down in early December and come back in early April avoiding the coldest of weather snaps in the mountains.

Wintering in Florida sounded really nice, but with my job requiring me to be on site it was an idea we would have to put off until retirement, but could do some beginners research just to see if it’s something we should consider further.

In October of 2006, my boss from my part time job managing web sites, servers, email, etc. offered me a full time position. He knew I worked for the federal government full time and had to compete with their salary/benefits in order to bring me on board. He gave me a great offer, I accepted, and started working from home or whereever I had an internet connection. My wife was already working for him full time. So now, wintering in Florida would be possible and the idea of us having an RV was born.

We hadn’t really been in the mountains long enough to want to leave and after having spent our first winter there, it wasn’t really that bad. Only about 6 weeks of needing a heavy coat, less than 2 feet of snow, and no real tourists to speak of during this time made us feel like we had the whole city to ourselves. At this point we saw no reason to buy something we didn’t ‘need’ and would only use for a few months out of the year. The idea of having an RV was put on the back burner.

In 2008 we started traveling heavy for work going to conference after conference. We were very mobile during this time, but it was REALLY nice to get home to our animals and sleep in our own bed. In November of 2009 some friends we had made in our industry had a home in Los Angeles. They were going to be away for 1 year in Europe opening a European division for the company they worked. They told us if we wanted to head out to LA and stay in their house for the winter, to go for it…

all we would have to pay is utilities. On 12/12/2009, we headed to LA. We packed up 1 big suitcase, our laptops, 2 dogs and 1 cat and hit the road. We stayed in LA for just over 4 months and loved it. This made us realize that we could actually stay long term in a place as long as we had internet. The idea of having an RV was back on. 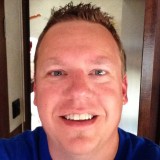